On the Origin of the Species 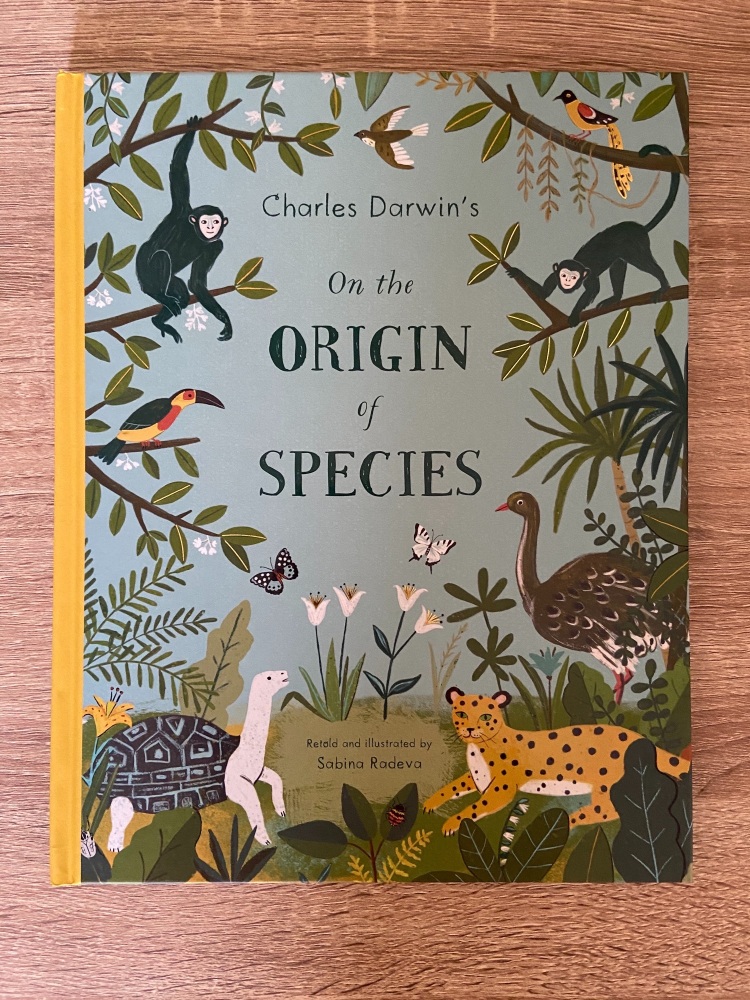 On the Origin of the Species

The first ever picture-book retelling of Charles Darwin's On The Origin of Species.

'A long, long time ago, before humans even existed, the living world looked very different from how it looks today.'

For most of human history, people believed that everything in the world was created at once. But scientists started to challenge that idea and in 1859 Charles Darwin, a naturalist and biologist, wrote a famous book called On the Origin of Species that revolutionised the way that we have understood evolution ever since.

Now molecular biologist and illustrator Sabina Radeva has recreated Darwin's most famous work as a beautifully illustrated book. The stunning pictures bring the theory of evolution to life for young readers, and anyone who wants to learn about evolution.

Pulling together Darwin's observations from his travels around the world and his ground-breaking explanation of how species form, develop, and change over hundreds of thousands of years, On The Origin of Species is as relevant and important now as it ever was.

Recommend this to a friend  +